Joey Liberatore describes himself as “a storyteller to my core,” an apt description for someone who took charge of his own story when an injury derailed his dream of becoming a professional baseball player. At the East Valley Institute of Technology, he discovered he could still have a career in baseball – through broadcasting.

Today, Liberatore is the broadcasting and media content coordinator for the Oakland A’s.

“When I arrived in Oakland three years ago, we launched a first-of-its-kind 24/7 streaming audio station, A’s Cast. My job with the A’s is to ensure the technical and production success of A’s Cast and our on-air radio broadcast,” he said. “I work with our broadcast talent and producers to tell the story of the Oakland A’s and their players.”

Liberatore’s own story got its start in the studios of 88.7FM The Pulse, the student-operated radio station that is the heart of EVIT’s Radio/Audio Production program. The Pulse serves as a working lab for students who are learning to be on-air talent as well as those learning the mechanics and engineering of running a radio station.

The Pulse is an example of the hands-on training provided by EVIT, which offers career training in over 40 different programs for East Valley high school students and adults at two central campuses in Mesa and a branch campus at Apache Junction High School. EVIT is tuition-free for high school students. Adults pay tuition, with financial aid available in some programs for students who qualify. 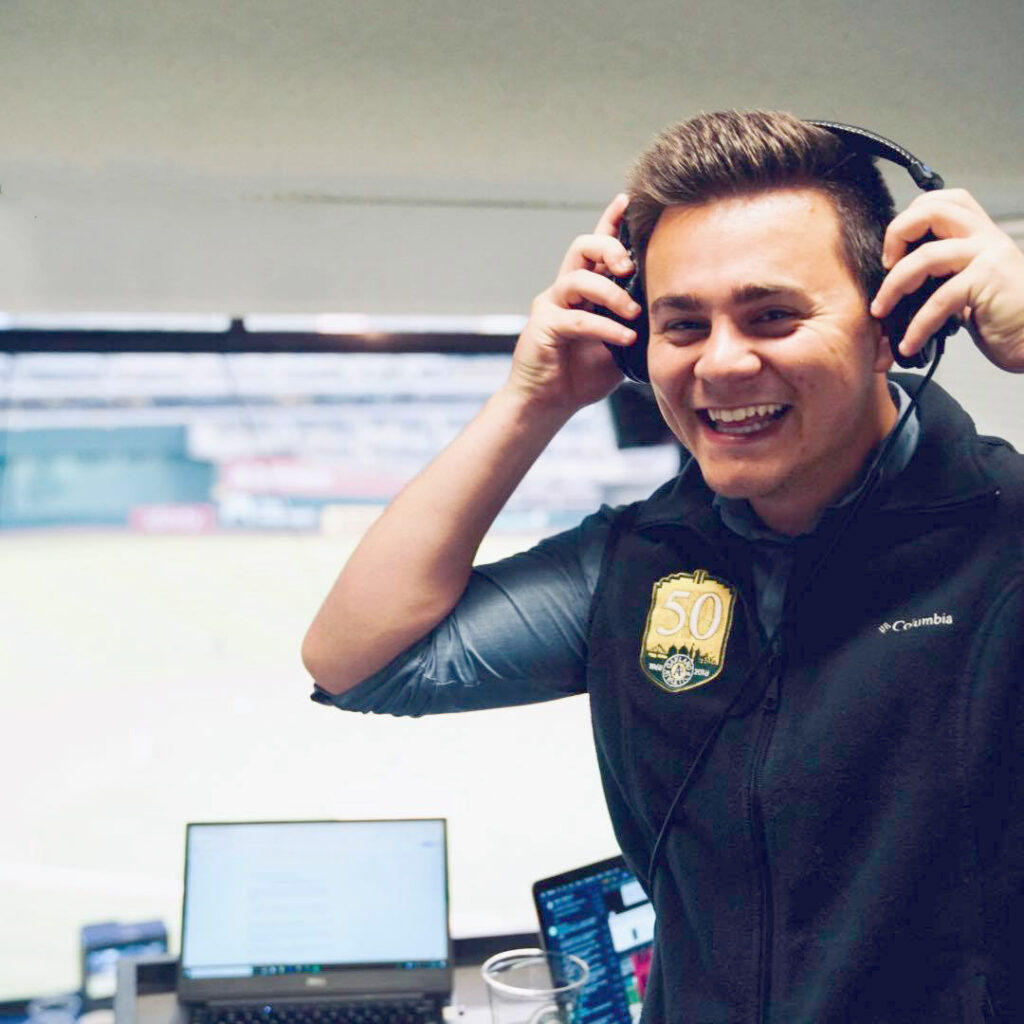 At EVIT, Liberatore became the program director for The Pulse and had the opportunity to broadcast sports through AZ Preps 365, operated by the Arizona Interscholastic Association. While still in high school, he engineered broadcasts for the Chicago Cubs spring training games and spent a summer hosting the pre-game show for the Tennessee Smokies Minor League Baseball team. After graduating from Perry High School and completing his EVIT training in 2016, he went on to work for the Johnson City, Tenn., Cardinals, an affiliate of the St. Louis Cardinals, and the Myrtle Beach Pelicans.

He earned a bachelor’s degree from Arizona State University and spent a year as a broadcast intern with the Arizona Diamondbacks before moving on to his current position with the Oakland A’s.

Liberatore’s accomplishments are a credit to his own drive and ambition, but he also credits EVIT with giving him a foundation in his skills and a push to pursue his goals. “The instructor’s expertise, freedom to pursue my interests, and hands-on experience were all major factors in ensuring my post-program career goals. The radio program has state-of-the-art equipment and instructors that allowed me to feel like I was entering the workplace each day I was at school,” he said.

He recommends that other students give EVIT a try and use their training to write their own path to a career they will love.

“EVIT will allow you to create your own story at such a young age. Whether you’re unsure of your future career goals or you’re certain of what you’d like to do, EVIT can provide the tools to assist you on your journey for success prior to or while in college,” he said. “EVIT was an absolute game-changer for me.”

This year, EVIT is celebrating its 30th anniversary of changing lives. EVIT students have a 98% high school graduation rate, 2 out of 3 go on to college, and 94% are in jobs related to their training, college or the military within a year of completing their training. More information: www.evit.com.